The Inaugural Annual General Meeting was held on 23rd May 2001 at the Officer Recreation Reserve Social Rooms, Starling Road, Officer.

Election of the inaugural office bearers:

From the early training nights when only four or five players turned up we were able to eventually field two teams in our debut season, an under 10’s side and an under 13’s side.   With limited player numbers and lots of underage players, both sides often played short of numbers and were on the receiving end of some big losses during the season.   It was a credit to the spirit generated by the coaches and supporters that the players continued to train and compete to the best of their abilities while being hammered on the scoreboard and the improvement in their skill levels was noticeable week after week.   Mid–season the under 10’s were dropped to a lower division where the competition was more even and they even managed a few wins toward season end.

Officer Kangaroos was the inaugural winner of the TXU Community Football Club Achievement Award – it is the first program of its kind that regards the efforts of local community football clubs in creating health and same environments that encourage participation from players, volunteers and supports in their community football club.

The club moved to play their home games at the “Cardinia Recreation Reserve” from the 18th of June.  It was the first time competitive football had been played on the oval since 1977 bringing back lots of memories for some of the locals.  Training was still being held at Officer .The reason for the move was a health & safety issue because the main oval at Officer was having trouble handling all the traffic of 7 junior teams and 3 senior teams training and playing on it. The club also hosted eight finals games at Cardinia and comments from DDJFL officials was that the ground looked as good as the MCG. 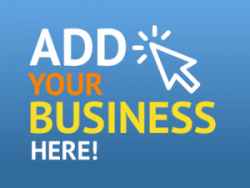